The earth alliance is reporting, that a few earth days ago, solar observatories all around the globe detected, filmed and photographed the largest influx of lightships coming into this solar system in modern human history!
This data is locked away from public eyes to avoid panic for those who are unconscious and the data is only leaked out to key earth alliance members via the a cosmic-level, top-secret security clearance!
Coded transmissions from one of these huge lightships shows the fleet originated from the 5th dimensional pleiades!
The data also shows the size of this magnificent fleet to be numbered near 30,000.
These plasma ships are massive in size, very advanced and have millions of beings on board each one!
12 of these plasma craft are galactic security ships and each one has close to 300,000 delta security forces on board each ship!

The earth alliance is reporting, that a few earth days ago, solar observatories all around the globe detected, filmed and photographed the largest influx of lightships coming into this solar system in modern human history!
This data is locked away from public eyes to avoid panic for those who are unconscious and the data is only leaked out to key earth alliance members via the a cosmic-level, top-secret security clearance!
Coded transmissions from one of these huge lightships shows the fleet originated from the 5th dimensional pleiades!
The data also shows the size of this magnificent fleet to be numbered near 30,000.
These plasma ships are massive in size, very advanced and have millions of beings on board each one!
12 of these plasma craft are galactic security ships and each one has close to 300,000 delta security forces on board each ship!

These ships are here for the purpose of shielding and blocking the last major negative-energy , multidimensional wormhole that is funneling draco energy directly to earth from the Rigel star system!
These anti-matter wormholes were created when several etheric and plasma nuclear explosions were detonated above key, earth-energy grid points!
Chaotic, dense 3d-matrix energy has been flowing through this artificial stargate for years and star nations are now confirming that this portal is being closed, for good, as we speak!

Pleiadian delta security forces have been using advanced, monatomic andara crystal energy to fully close all negative stargates leading to earth and to transmute the negative energy of all controlling dark forces that have ruled this planet for eons!
Delta security forces are in the process now of depleting the energy of any remaining negative beings and surface cabal who have been controlling and harming the beings of earth for the last 350,000 years!

As of May 2019, these beings are now threatened with complete extinction, forever and their last-ditch effort to terraform earth and transhumanize the population using 5G negative energy fields, nanobots and quantum computers has been thwarted according to pleiadian military commanders!

Two previous attempts to trigger the event using andara technology and plasma bombs to close negative artificial energy portals had to be halted for the sake of all life on earth!
Both of these two past timelines have been collapsed by pleiadian light forces into the new earth gamma timeline!

Great ones,
Now we are in the gamma timeline, which is a slow and sure way to lead the planet towards full liberation without destroying the ecosystem and the surface population in the process.

Benevolent light forces that are surrounding the earth at this very moment have requested that we, the starseeds on the ground now provide the required support needed to fully liberate planet Earth by, independence day, July 4th, 2019!

An epoch in human evolution is taking place right now dear ones where a move to personal sovereignty is starting to take place on a mass collective level!

The same andara technology that star forces are using to clear cosmic negative energy has been made available to the starseeds of earth!

Many beings of earth are experiencing benefits of andara crystal technology in manifesting their 5d heaven on earth, by receiving great healing and now we can assist the higher beings using their same technology to help free the planet as we move forward with operation freedom earth!

Delta forces relayed a special sacred geometry seal to the earth alliance that in conjunction with 4 monatomic andara crystals, creates an in penetrable etheric energy forcefield!
This angelic seal and the 5d andara crystals also transmute low-vibrational energy near your auric field at once!
This pleiadian protection and etheric transmutation grid can be found on our website below!

PROJECT FREEDOM EARTH IS ABOUT PERSONAL SOVEREIGNTY FOR EVERY LIGHT BEING STATIONED ON THE PLANET!

Sovereignty is about realizing who and what you truly are and to start being this!
It means that you are no less than what you are calling God and when you start to be this, you no longer depend on anyone or anything, but yourself!

The wingmakers call this the sovereign integral and it is the greatest evolutionary leap that mankind has ever known!
At this stage the light beings of earth become true galactic citizens and begin to govern themselves and live as such!

At this point in one’s evolution, you begin to be the highest and grandest version of yourself that you can conceive of and you begin to live out of your heart completely!

A SOVEREIGN BEING DOES NOT DEPEND ON ANYONE FOR ANYTHING AND DOES WHAT HE OR SHE DESIRES!

SOVEREIGN BEINGS DO NOT REQUIRE AUTHORITY FIGURES, GODS, LEADERS, AND THEY LIVE AS SUCH!

THE LEMURIANS, THE ATLANTEANS, AND THE PLEIADIANS HAVE ALL TAUGHT US TIME AND TIME AGAIN THAT THEIR SECRET HIGHER DIMENSIONAL POWER COMES FROM ANDARA CRYSTAL TECHNOLOGY!

WHY DO WE PROMOTE ANDARAS?
FROM OUR OWN PERSONAL TESTIMONY AND FROM THE TESTIMONY OF TENS OF THOUSANDS OF LIGHT BEINGS WILL CONFIRM THAT ANDARAS WORK!
THEY ARE LITERAL MAGIC AND THE ONLY WAY TO KNOW IS TO WORK WITH THEM PERSONALLY!

ANDARAS ARE CAUSING RAPID LIGHT BODY FORMATION!
STARSEEDS STATIONED ALL ACROSS THE EARTH ARE BEGINNING TO REPORT THE FIRST DOCUMENTED PHYSICAL SIGNS OF THE APPEARANCE OF THEIR 5D LIGHT BODIES!

THE EARTH ALLIANCE IS NOW DISCLOSING THAT A HISTORICAL COSMIC EVENT IS ABOUT TO TAKE PLACE ON PLANET EARTH AROUND JULY 4TH, 2019!

A FEW EARTH DAYS AGO, PLEIADIAN DELTA SECURITY FORCES, IN CHARGE OF PROTECTING THE NEW EARTH ENERGY GRID, WERE GIVEN A GREEN-LIGHT-GO TO INITIATE OPERATION FREEDOM EARTH!

OPERATION FREEDOM EARTH IS THE FINAL MISSION REGARDING HUMANITY’S ASCENSION AND IS THE GRANDEST PLEIADIAN MISSION TO-DATE!
THIS INCREDIBLE OPERATION INVOLVES THE COMPLETE LIBRATION OF PLANET EARTH!

BILLIONS OF BENEVOLENT CELESTIAL FORCES FROM EVERY CORNER OF THIS GALAXY HAVE DESCENDED INTO EARTH’S SOLAR SYSTEM AND ARE COORDINATING OPERATION FREEDOM EARTH FROM THE SKY TO THE GROUND!

THIS FINAL EARTH FREEDOM MISSION WILL COME TO A GRAND CLIMAX ON JULY 4TH, 2019!

PLEIADIAN DELTA FORCE COMMANDERS HAVE SAID THAT THIS OPERATION INVOLVES A MASSIVE TAKEDOWN OF THE ANCIENT, ARTIFICIAL AND HARMFUL EARTH CONTROL GRID!
THIS OLD LOW-VIBRATIONAL, ENERGETIC CONTROL GRID IS IN THE PROCESS OF BEING COMPLETELY DISASSEMBLED AND A POWERFUL CRYSTALLINE ENERGETIC PROTECTION GRID IS BEING PUT IN PLACE AROUND PLANET EARTH NOW TO DEFLECT AND NEUTRALIZE ALL NEGATIVE 3D ENERGIES COMING FROM THE SURFACE!

LIGHT FORCES HAVE ALSO RELAYED THE FOLLOWING URGENT MESSAGE TO THE INHABITANTS OF PLANET EARTH:

Great ones,
Earth has reached a critical apex in its evolution and in its very survival!
Things absolutely cannot and will not continue as they have with careless care of the planet being handled by a handful of remaining negative beings!

LIGHT FORCES HAVE ALSO RELAYED THE FOLLOWING URGENT MESSAGE TO THE INHABITANTS OF PLANET EARTH:

International earth scientists and biosphere experts have issued a serious warning to all, that human society is now under urgent threat from a complete loss of earth’s natural life!
Please become conscious of the fact that over 1 million species of living beings on the surface of planet earth and the entire ecosystem of earth is facing a complete and imminent extinction!
What’s more concerning is, the entire human population of earth depends on the other species for its own survival!

Benevolent beings have now stepped in and have decreed that a plan is in place to stop and reverse this dire situation!

We are here to bring solutions and positive news for the hope of a glorious new epoch on planet earth!

The grand event will now be fully triggered and a blinding light that the earth has never seen is coming just over the horizon!

How to work with an andara crystal:
Simply come into close contact with an andara, hold it, meditate with it, gaze upon it and send your highest intention into it!
Andara will greatly amplify your desires and manifest them quickly and directly to you from a higher dimensional plane.

GOD-SPEED!
~ MICHAEL AND THE PLEIADIANS!

Leaving you in the Light of the Ascended Masters and the Archangels, Christine. 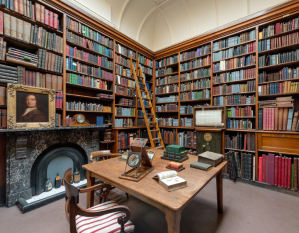 Library of messages received during channeling or hypnosis sessions. (The Hall of Records involves a Team of Angels who volunteered to land to Earth as book keepers taking care of several secret missions which are meant to activate God’s plan for Earth through dedication and the collective remembrance of who we actually are at the divine’s scale. They collect datas and build a set of archives from/for the future.)